I’ve been following the WikiLeaks controversy with interest for months, but haven’t had much to say about it myself. A few points.

Andy Baio has a set of fairly comprehensive links about WikiLeaks Cablegate. Blake Hounshell spent all day going through the documents WikiLeaks published and posting about them on Twitter.

Update: Glenn Greenwald mentioned this post by Will Wilkinson as the best piece of WikiLeaks analysis he’s seen. I’d agree — it explains why WikiLeaks is valuable very well.

The pros and cons of transparency

Larry Lessig writes about transparency in The New Republic. Here’s his argument:

How could anyone be against transparency? Its virtues and its utilities seem so crushingly obvious. But I have increasingly come to worry that there is an error at the core of this unquestioned goodness. We are not thinking critically enough about where and when transparency works, and where and when it may lead to confusion, or to worse. And I fear that the inevitable success of this movement–if pursued alone, without any sensitivity to the full complexity of the idea of perfect openness–will inspire not reform, but disgust. The “naked transparency movement,” as I will call it here, is not going to inspire change. It will simply push any faith in our political system over the cliff.

His argument is lengthy and nuanced, but what it comes down to is that all the transparency in the world doesn’t change the fact that people draw spurious conclusions because people don’t pay enough attention to fully understand the information they’re given (for perfectly rational reasons). There’s another version of this argument in Malcolm Gladwell’s article on Enron from 2007, OpenSecrets.

I’ve seen something similar in my own work running software projects. I’m a fan of transparency, and I generally try to set things up so that anybody can figure out how the project is going. I set up a bug tracking system, version control, and notifications that are sent out when code is checked in. My theory used to be that if I did those things, there’d be less need for meetings, email, and other hand-produced communication. Non-programmers could track the progress of the project through the tools I provided, and everybody would be happy.

Unfortunately, that has never turned out to be the case. Even if you give people access to the code repository and the bug tracking system, they still don’t have the needed context to make any sense of what they’re provided with, and even if they did, trying to keep up is a lot of work. It’s easier to just ask a developer for a short summary of what’s going on. I still think that the transparency is helpful, but it doesn’t provide the benefits I originally envisioned. And sometimes it’s painful because people look at a few data points and draw incorrect conclusions that require even more effort to deal with.

As someone who strongly and often uncritically favors transparency, I found Lessig’s article an interesting and provocative read. Check it out.

Apple is already starting to up the transparency. I’m not surprised.

Apple vs my preconceived notions 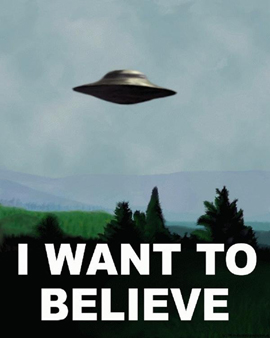 Go read Anil Dash’s letter to Apple explaining why the company must abandon its obsession with secrecy. It’s brilliantly written and compellingly argued, and I wish that Apple would take heed and change their practices tomorrow.

Anil argues that Apple’s current practices are unethical, and I could not agree more. Apple’s relationship with iPhone developers is completely dysfunctional. The ground rules for what sorts of applications will be accepted are secret and are subject to change at any time, without notice. To be honest, I don’t see how Apple’s treatment of iPhone developers is even legal.

Anil also argues that Apple’s attempts to exercise total control over its messaging are antiquated and unsustainable. The larger trend across nearly every industry has certainly been in the opposite direction. As he points out, both Google and Barack Obama have built their brands by taking almost entirely the opposite course. And companies that were once thought of as the most monolithic in the computer industry are now in important ways the most transparent. Employees at IBM and Microsoft blog about their work and engage with the public on Twitter and in other places.

Apple violates every theory of communication that I believe in, but I can’t ignore the fact that what Apple is doing is working. Embracing transparency may work far better for them, but Apple has been incredibly successful over the past decade. Geeks (like me) who hate the company’s public persona absolutely love their products. The features of the iPhone and the opportunity to make buckets of money in a short time draw developers to the platform even though Apple treats them like crap.

In one scenario, this is a bubble of sorts. Apple may be doing OK now, but they’re headed for a big crash when people get sick of their behavior. In another scenario — one that I think is, sadly, more likely, Apple continues as they are, adjusting when it must to address reality, but only in the most minimal way.

Apple will have to become more transparent in its review policy for iPhone applications soon. They’re facing a revolt among developers — Apple crossed the Rubicon when it refused to take questions after a session on publishing on the app store at WWDC this summer. And unceremoniously booting every application that works with Google Voice from the application store, ostensibly because they duplicate built-in iPhone functionality, has been too much.

As Anil points out, there have been other cases where Apple has opened the curtain a bit in order to placate its critics, but none of them have yet led to a fundamental rethinking of its relationship with its customers and the public.

I’m reminded of the predictions that were made about China in particular and authoritarian governments in general during the rapid rise of the Web. I certainly believed that given the huge array of information available on the Internet and the difficulty in censoring it, these types of states would be forced to radically change in the face of protests from a better-informed public. I thought that the liberating tendency of the Internet would not be suppressed. Turns out I was wrong. China’s government has changed over the years, but certainly not in the ways or to the degree that I wished for and expected.

In my ideal world, Apple would take heed of arguments like Anil’s and do the right thing. The way they operate now is a massive blemish on a company that produces really great products. Failing that, I’d hope that Apple will be forced to radically change in order to make it in the modern world. But experience tells me that’s not the case. Apple may well be done in at some point, but probably not because it’s the Burma of US corporations.

Links from May 22nd

Dan Froomkin explains, in simple terms, the State Secrets Privilege today. This is a privilege the government should not be allowed to assert, and the Obama administration is perpetuating all of the Bush administration’s worst abuses of it. There’s no excuse for doing so, and I think it’s incumbent most upon those who supported Obama’s Presidential campaign to express our displeasure on this issue.

Just wanted to flag two blog posts I’ve seen in the past 24 hours that are on the same topic — transparency.

First, John Gruber explains how Apple is hurting itself by not establishing clear rules on which iPhone applications can be sold in the iTunes store. Anyone who’s interested in building a platform for developers should read this article.

The second is Nate Silver attacking the methodology used by RealClearPolitics in formulating its poll of polls in the Presidential election. RCP changes the composition of it polls without explanation, in what appears to be a partisan fashion. Because they do not hew to any documented methodology, they undermine their own credibility.

Transparency and reputation are the only paths to trust, and absent transparency, a reputation is an easy thing to attack or undermine.